Liholiho Yacht Club moved to the Mission District last year so that the original Lower Nob Hill location could undergo renovations. But now the owners have transformed the temporary Liholiho space into a brand new restaurant called Bon Bon Culture Clubunder the leadership of a few promising chefs.

Don’t worry though, Liholiho will be back in its original, newly renovated location on Sutter Street this spring. For now, the focus is on the new, more casual and colorful two-story restaurant at 3560 18th Street, dubbed Good Good Culture Club – in the space that housed the short-lived Dear Inga, which opened in late 2019 .

SFist reported in December, when the opening date was first announced, that the kitchen would be run by a pair of chefs, Kevin Keovanphang and Brett Shaw. The co-chefs are largely inspired by family recipes and experiences and approach the menu differently from the more Hawaiian-like Liholiho. They also get help from staff who are encouraged to pitch their ideas to managers to push for greater fairness for all staff. “The collaborative nature of (Good Good) means that any cook or anyone in this restaurant who wants to have an influence on the direction of the menu, we welcome that,” Shaw told the Chronicle. 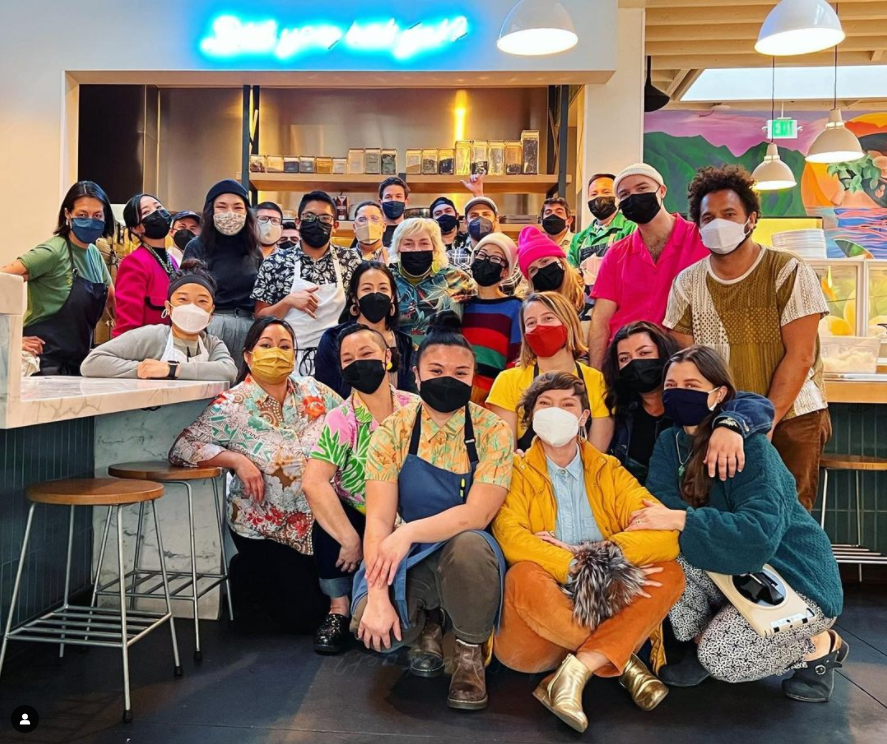 Another interesting way that Good Good Culture Club tries to help its employees is through their so-called “equity fee”, which is a 20% service charge added to every invoice that is designed to be a alternative to tipping and are equally divided among front customers. – and the house staff. They also have limited opening hours to help staff. It is open Tuesday to Saturday from 5 p.m. to 9 p.m.

Following the closure of Dear Inga – which was originally announced as temporary – the space was more recently used as a pop-up the owners had set up called Baan Keo. According to the Chronicle, some of the pop-up menu items are served on the Good Good Culture Club menu, such as the Lao-inspired dish called Mom’s Sticky Rice Sausage. Some of the other items include fried whole petrale sole, red curry catfish, cornish hen, beef back ribs and short ribs. The chefs deliberately did not pay particular attention to a certain type of cuisine which allows for a wide variety of tastes.

Here is the current menu: 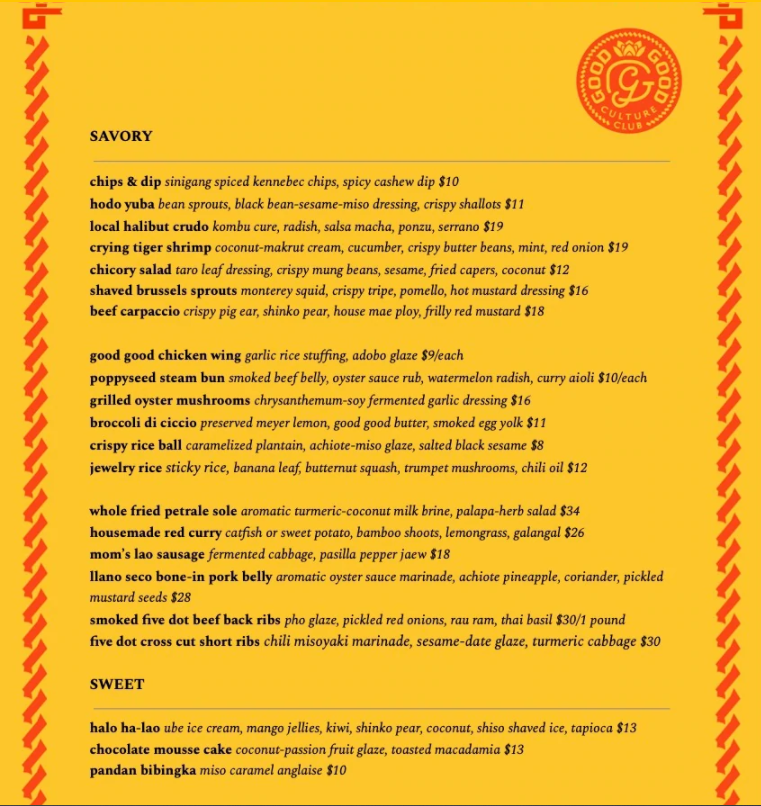